Breakfast: It Really is the Most Important Meal of the Day!

Everyone remembers their mother saying “Eat your breakfast. It’s the most important meal of the day!” Well she was right for more reasons than one. Skipping breakfast could temporarily induce insulin resistance in overweight women, according to a small new study. 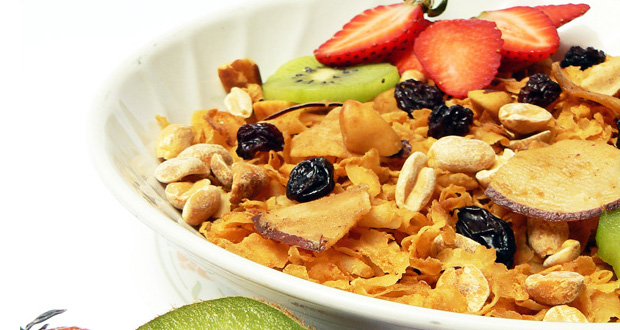 The findings are important because chronically experiencing these episodes of acute insulin resistance is considered a diabetes risk factor, researchers said. Insulin resistance is a condition in which the body produces insulin but does not use it effectively. When people have insulin resistance, glucose builds up in the blood instead of being absorbed by the cells, which could lead to type 2 diabetes or prediabetes. “This information should help health care providers in counseling patients as to why it is better to eat a healthy, balanced breakfast than to skip breakfast,” study researcher Elizabeth Thomas, M.D., an endocrinology fellow at the University of Colorado School of Medicine in Aurora, said in a statement. The study included nine women who didn’t have diabetes who were all overweight or obese, with an average age of 29. The participants come in for testing on one day, and then on another day a month later. For one of the days, they had the participants eat breakfast and then lunch four hours later; then they took blood samples for every 30 minutes after they ate lunch, for three hours. On the other day, researchers had the participants skip breakfast but still eat lunch; then they took blood samples at the same time intervals.\r\n\r\nResearchers found that the blood samples from women who skipped breakfast had higher insulin and blood sugar levels after eating lunch, compared with the women who ate breakfast. They noted that this was a sign of acute insulin resistance, attributed to skipping breakfast.

According to a 2011 survey, 31 million Americans skip breakfast, which is about 10 percent of the population. Men ages 18 to 34 are the most likely demographic to skip breakfast, while women ages 55 and older are the least likely demographic to skip breakfast, HuffPost Food reported. There could be other repercussions to skipping breakfast, too. A study presented last year at the annual meeting of the Society of Neuroscience showed that not eating breakfast could amp up brain activation in response to high-calorie foods, compared with when a person has eaten breakfast. Dawn phenomenon is a normal early-morning rise in glucose (blood sugar) that occurs before or shortly after waking. Everybody experiences this physiological phenomenon, but it can be troublesome for people with diabetes. It may be tempting to skip breakfast in an effort to bring down the glucose level, but not eating will not accomplish this. Eating breakfast allows blood glucose levels to return to normal by turning off the mechanism that is causing the liver to release glucose, thereby breaking the cycle. If no breakfast is eaten, then the blood glucose will continue to rise.