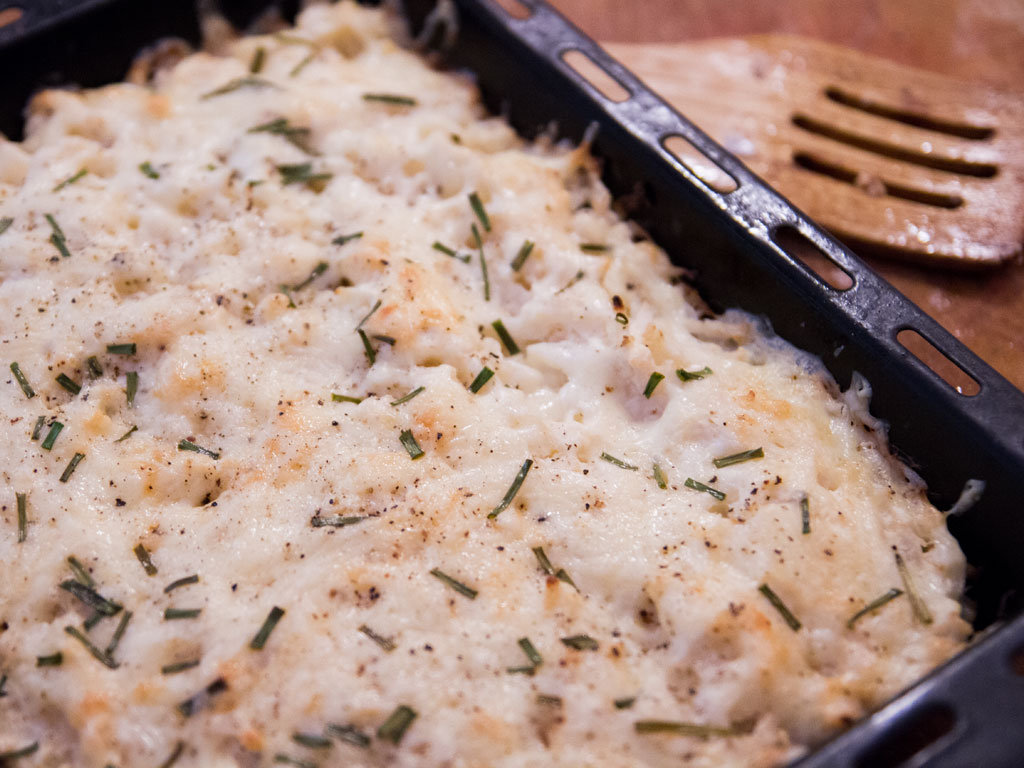 This dish made a wonderfully filling side dish that was very easy to make and a lovely side dish to a lovely fillet of white fish sauteed in butter and garlic.

Gouda cheese dates from 1184, making it one of the oldest recorded cheeses in the world still made today. The cheese is named after the Dutch city of Gouda, not because it is produced in or near the city, but because it has historically been traded there. Cheese making traditionally was a woman’s task in Dutch culture, with farmers’ wives passing their cheese making skills on to their daughters.

Gouda cheese is higher than most liver, grassfed butter, and even pastured egg yolks in the critical nutrient Vitamin K2. This is due to the bacterial cultures used to ferment milk into Gouda cheese. Bacteria produce a special type of Vitamin K2 (MK-7) which according to current research is as effective as the animal form of Vitamin K2 (MK-4) at preserving human health when combined in the diet with the other fat soluble activators A and D.

There are 2.2g net carbs, 8.8g protein and 5 Weight Watchers points per serving.

This workout is exactly what it says! It's BEAST M

Ok back to it! We have a lot of time on our hands

Eating low carb during a pandemic can be stressful