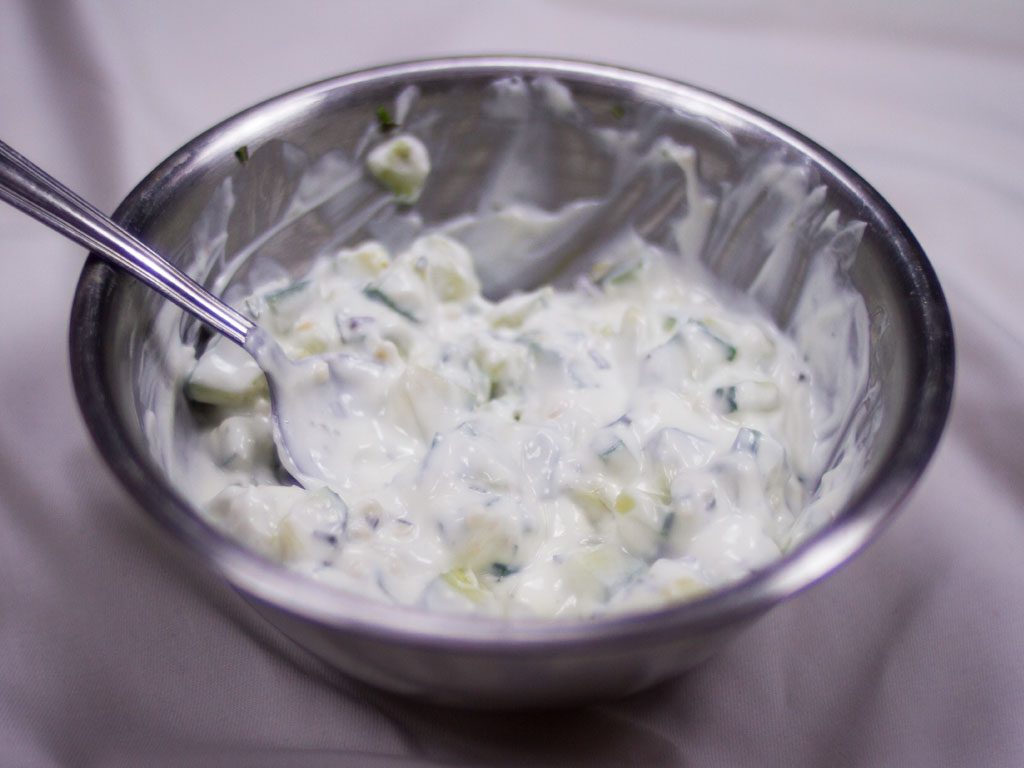 Tzaziki sauce is refreshing and low in fat. I would highly recommend that you seed the cucumber before mixing into the sauce to avoid excess liquid and only use fresh squeezed lemon juice. Bottled lemon juice contains Sulfur Dioxide (also known as sulfites). This chemical is common in our food supply and used as a preservative to prevent the discolouration of fruit, as an anti-microbial for wine, in frozen pizza dough and pie crust, and in the case of lemon juice, to prevent it from rotting. Some of the ugly truths about Sulfur Dioxide are,

We are almost there! 👏👏 Today is dedicated t

For today’s workout I focused on upper body. The

You've worked hard over the past few days and now

This workout is exactly what it says! It's BEAST M

Ok back to it! We have a lot of time on our hands