The long-term complications of uncontrolled diabetes are well known – damage to eyes, kidneys, nerves, blood vessels, and other organs. Most of this damage is attributed to chronic elevated blood glucose levels. Type II diabetics and pre-diabetics are aware of these dangers and sometimes consider adding herbal therapy, to their doctor prescribed medication, to “tweak” blood sugar lowering effects and possibly prevent complications. Sometimes patients may try herbs and other supplements because they want to use a more “natural” treatment to control their blood sugars. 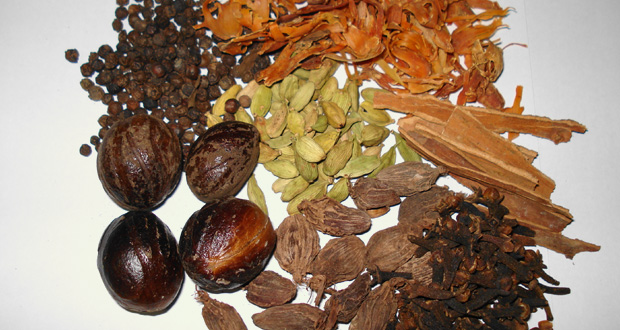 The strength and dose of herbal products vary and your pharmacist can assist you in selecting products, discussing dosage ranges, and preventing any herb-drug interactions. Herbal products can also vary greatly from batch-to-batch and it is always preferred to purchase a quality name brand product that has been assayed and standardized in regard to active ingredient. The bottom line is that there must be some assurance that you are purchasing a product that will consistently deliver a specified dose of active herb.

Type 1 diabetics who require insulin generally should not add herbs with blood sugar lowering effects to their treatment because of the serious potential for life –threatening hypoglycemia (extremely low blood sugar) or other medical complications.

There are several noteworthy herbs that are claimed to have blood sugar lowering effects. These herbs are not generally used in Western herbal medicine and are more common in Ayurvedic Medicine and Oriental Medicine. The exact mechanism of action in lowering blood sugar is often not known. In addition, these herbs may not work well for everyone and their overall effect may vary in individuals. Side effects can also be patient specific and a combination of these herbs may be required to obtain the desired effect. Commercial herbal combinations are available and often contain antioxidants, zinc, chromium, vanadyl sulfate, and other minerals or vitamins that may be beneficial to diabetics.

Glucometer blood sugar monitoring, especially fasting samples and the two-hour after meal (postprandial) sampling are usually necessary until blood sugar levels are under control. However, always follow your physician’s advice regarding the frequency of glucometer testing. Hemoglobin A1C values should also be monitored by your physician to follow blood glucose levels over the long haul.

Aloe Vera (Aloe): Aloe Vera is a member of the Lily familyeven though it resembles a cactus. There are over 240 species of Aloe, but only four species are recognized as having nutritional value with Aloe barbadensis leading the group.

For diabetes, ginsengosides and possibly other constituents are thought to reduce postprandial glucose levels. This effect might be due to either tissue insulin sensitization or direct stimulation of insulin release or both of these mechanisms. The effect of various ginsengs on glucose appears to be related in part to the mix of ginsenosides. Other non-ginsenoside constituents likely affect blood glucose as well.

For reducing postprandial glucose levels in patients with type 2 diabetes, 3-9 grams up to 2-hours before a meal has been used. However, there is no added benefit to taking more than 3 grams. Other studies suggest taking ginseng 40 minutes prior to meal to obtain the optimal effect. Regardless, American ginseng should be taken within two hours of a meal to avoid potential hypoglycemia.

Bilberry (Huckleberry): Bilberry (Vaccinium myrtillus) has been used in traditional European medicine for nearly a thousand years, primarily to treat diarrhea. Bilberry contains a powerful antioxidant that helps to promote circulation in the eyes. Studies on diabetic dogs have also indicated benefits in reducing blood sugar levels. Use Bilberry standardized at 25% anothocyanins for maximum potency.

Bitter Melon (Momordica charantia): A member of the Cucurbitaceae family, the plant grows in tropical areas, including parts of the Amazon Basin, Africa, Asia, the Caribbean and South America. The bitter melon grows as a vine bearing green leaves and yellow flowers with oblong green fruit that resemble a cucumber.

Bitter melon has a long history of use as a hypoglycemic agent in Asia, Africa, and Latin America, where the plant extract has been referred to as vegetable insulin. Although several constituents of bitter melon have hypoglycemic properties, most interest has focused on a polypeptide isolated from the seeds called polypeptide-p and a mixture of two steroid glycosides referred to as charantin. At least three different compounds in Bitter Melon have been reported to have sugar-regulating properties. Gurmarin, in particular, is a polypeptide considered to be similar to bovine insulin.

Cinnamon Bark (Cassia Cinnamon): Cinnamon is getting a lot of attention as a treatment for diabetes. There is preliminary evidence that it can lower blood glucose and cholesterol levels in people with type 2 diabetes. So far, this benefit has only been found with Cassia Cinnamon (Chinese Cinnamon) in humans. As little as ¼ to ½ teaspoonfuls can have a powerful effect in lowering blood sugar.

Devil’s Claw: Devil’s Claw is native to south and central Africa. Its medicinal value lies in its fleshy roots, which are sliced, chopped, or pulverized while fresh.

Some evidence shows that this herb might decrease blood glucose and have additive effects with medication used in diabetes.

Eleuthro (Siberian Ginseng): Eleuthro is a shrub that grows 3 to 10 feet high with products made from the root. The root contains a mixture of components, common to many plants but occurring together in Siberian ginseng, called eleutherosides. Among the other ingredients are chemicals called polysaccharides, which have been found to boost the immune system and lower blood sugar levels in laboratory studies using animals.

Like the panax ginsengs, Siberian ginseng is considered to be an adaptogen, which means that it helps in stressful circumstances and also helps return the body to a normal balance.

Fenugreek (Trigonella foenum-graecum): Dose: 10-15 grams per day in divided doses with meals Fenugreek is effective for lowering postprandial (after meals) blood sugar. The applicable part of fenugreek is the seed. The active constituents include trigonelline, 4-hydroxyisoleucine, and stolen. About 80% of the total content of free amino acids in the seeds is present as 4-hydroxyisoleucine, which appears to directly stimulate insulin. This effect is glucose dependent and only occurs in the presence of moderate to high glucose concentrations.

Fenugreek seeds have a distinctive bitter taste and odor. Sotolon is frequently used as a flavoring for artificial maple syrup. Theoretically, patients who are allergic to other Fabaceae plants including soybeans, peanuts, and green peas might also be allergic to fenugreek.

Ginger (Zingiber officinale): Preliminary research suggests ginger might increase insulin levels. Theoretically, it could have an additive effect with medication used to treat diabetes and cause hypoglycemia.

Glucomannan (Konnyaku root): A member of the yam family, this herb is high in fiber and can help normalize blood sugar, relieve stress on the pancreas.

Gulvel (Tinospora cordifolia): Grows wild along roadsides throughout the tropical and sub-tropical plains of India and Sri Lanka. Plant extracts causes reduction in fasting blood sugar in rabbits and rats.

Jambolan (Syzygium cumini): A close relative of the clove tree Syzygium aromaticum, Jambolan is native to east India and the Malay Peninsula, but has spread as far as China and Australia and is grown in the Caribbean. Only the bark of the Jambolan has proven medicinal value, although the seeds are often used as well. In Asian medicine, it is used for diabetes, diarrhea, sore throat, and diseases of the spleen.

Kudzu: Kudzu is native to Japan and China, however it grows extremely well in the Southern United States. This vine, when left uncontrolled, will eventually grow over almost any fixed object or other vegetation.

Kudzu or its constituents might have hypoglycemic, hypocholesterolemic, and antioxidant activity.

Neem (Azadirachta indica): Neem is a member of the Mahogany family (Meliaceae) which includes a large array of tropical trees and shrubs native to both the Old and New World. Evidence indicates that Neem might possess some hypoglycemic activity.

Red Sandalwood (Pterocarpus marsupium): Like Gymnema Sylvestre, this is a traditional herb used in India to help rejuvenate the insulin-producing pancreatic beta cells. One group of researchers investigating diabetic rats compared Pterocarpus’ observed effects on blood glucose levels to those of metformin, a drug familiar to many diabetics.

Stevia (Sweet Herb): Stevia is a non-caloric herb, native to Paraguay, which has been used as a sweetener and flavor enhancer for centuries. Clinical research suggests that stevioside, a constituent of Stevia, mightreduce postprandial glucose levelsby 18% in people with Type II diabetes.

Tumeric: Turmeric has been used for thousands of years in Asian Indian cookery and is an ingredient in curry powder. Ground from dried curcumin, a rhizome of the ginger family, turmeric is not peppery and rather mild tasting. May decrease blood sugar levels (and cholesterol). The apparent blocking of enzymes that convert dietary carbohydratesinto glucose may be involved in this lowing of blood sugar.

Many of these herbs have potential to help Type II diabetics and pre-diabetics maintain lower blood sugar and reach a Hemoglobin A1c goal of < 7.0, but much more research is needed. Active ingredients and mechanisms of action need to be elucidated.

The Ayurvedic Center (2006) Historical use of ayurvedic herbs. Retrieved June 5, 2006 from http://www.holheal.com/ayurved4.html