Warning: Invalid argument supplied for foreach() in /homepages/36/d412284412/htdocs/not-too-sweet/wp-content/plugins/recipress/php/functions.php on line 288 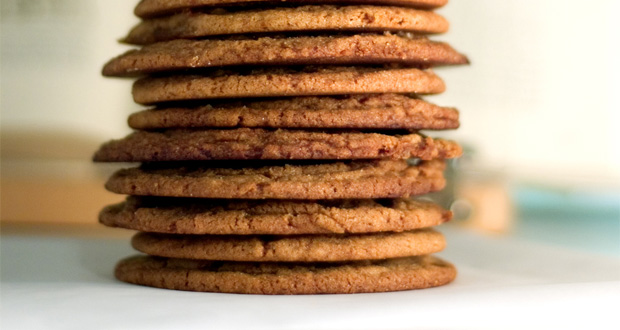 These crunchy little crackers are so yummy and a hit with everone in our house. It took me a couple trys to get the thickness right as to not to burn the entire batch, which I did the first time. Keep the oven temp low and keep a continuous eye on them while baking. The extra effort will pay off. The end result is a yummy little gluten free cracker full of cinnamon flavour and extremely low carb. You could also break them up and pour a little almond milk over them for breakfast.

One teaspoon of cinnamon contains 28 mg of calcium, almost one mg of iron, over a gram of fiber, and quite a lot of vitamins C, K, and manganese. Several studies have shown improved insulin sensitivity and blood glucose control by taking as little as 1 to 6 grams of cinnamon.