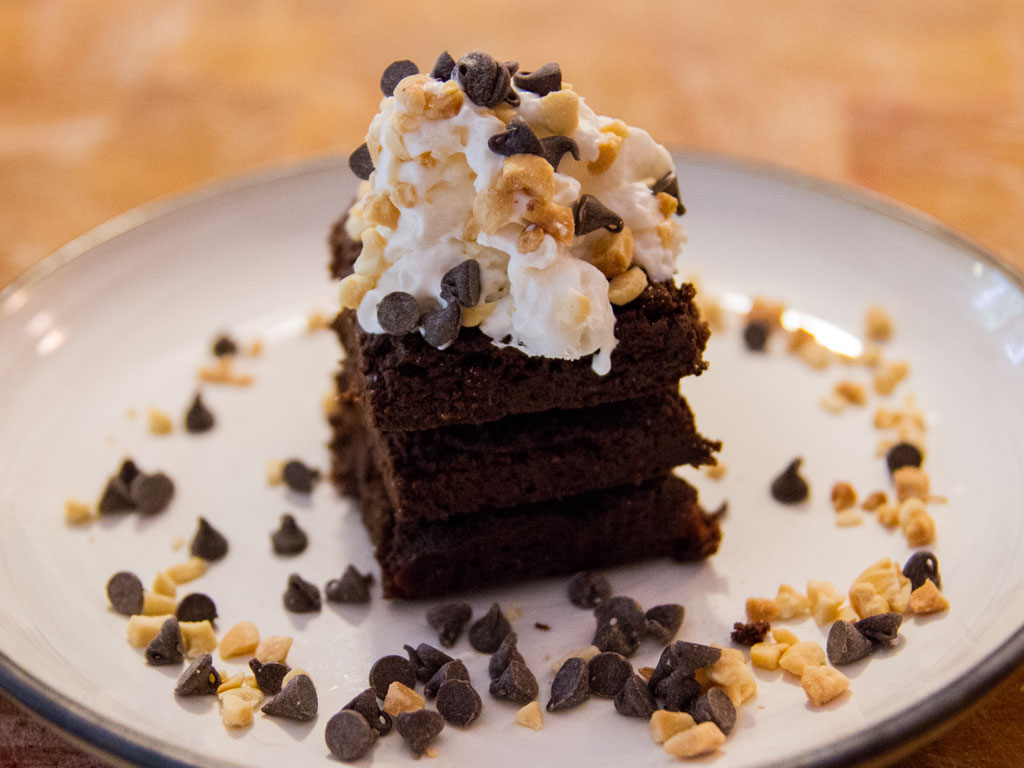 In the past I have planted so many zucchinis in my garden that I had a hard time keeping up with the yield and I don’t want them to go to waste. A friend of mine suggested grate them all and freeze them in 1 cup portions. Brilliant, thanks Leanne! With that thought I figured I might as well do a little baking in the mean time and of course my kids are brownie addicts so here we are with the most moist, fudge like squares that are gluten free, dairy free and lower in carbs than regular brownies.

My son has decided to go to summer school this summer to get a jump on his grade 12 English. This was completely his idea so I thought I would whip up a batch of these moist little squares as a treat for when he returned after an intense morning of essays and reading. I timed it beautifully as he got first dibs on a warm square of chocolate yumminess. Considering there is zucchini in the mix I was actually surprised he liked them as much as he did. Normally if it doesn’t contain Pringles, Kraft Dinner or Nutella he doesn’t want it. Win win situation if you ask me.

Now before you go and mix up a batch lets talk zucchinis. Zucchini is easily grown in backyard gardens. Summer squash such as zucchini are 95 percent water, making it naturally low in calories and a good choice if you are trying to lose weight. A medium zucchini, for example, contains just 33 calories. It supplies a gram of protein and less than a gram of fat. The same size zucchini contains 6 grams of carbohydrates, 2 grams of which are dietary fiber. That makes zucchini a low-glycemic food that will not spike your blood sugar, but will instead provide a steady source of glucose to your system.

With this in mind you don’t want the brownies to be too mushy so I would suggest you spread your shredded zucchini out on a baking sheet lined with paper towel and bake on low (200 deg) for about 20 min to draw some of the moisture out. Once you have done this put the zucchini in a colander and press out the excess water. If you prefer a super moist brownie then skip this step but I would experiment with it.